Energy medicine, also known as energy healing or energy therapy, is a form of alternative medicine that believes that a certified, licensed or gifted healer can channel energy into someone seeking it for the purposes of being healed. The method of channeling can include various instruments, tuning forks, chimes, crystals or simply laying of hands.

Methods of Channeling Energy and its Origins

• Three of the methods of energy medicine are hands-on, hands-off, and distant; this latter being where the patient and the healer are in two different locations.

• Spiritual healing is largely non-denominational with no requirements as to religious requirements whereas faith-healing takes places in some charismatic churches.

• Therapeutic, or healing, touch has lately become popular among certain professions, but it has always been a part of human relationships, especially motherhood.

• The Philosophy Department at a university in Colorado teaches that the theory of alternative medicine is based upon vitalism; this is the notion that all living organisms possess a special quality that gives them their very life. This living force is the referred to by different names in many different cultures and is known simply as “breath” or ruach in the Ancient Hebrew, Greek psyche is pneuma in ancient Greek meaning “breath of the gods” and spiritus in Roman.

• Reiki is a spiritual practice that is classified as oriental medicine and was developed by a Japanese Buddhist in the early 20th century and is part of the hands-on, or palm healing where energy is transferred through the palms of the hands; this allows for a state of equilibrium and self-healing.

• Two main branches of Reiki are Traditional Japanese (Usui) and Western whereas the only difference being in a systematized hand placement in the Western reiki. The English word reiki comes from the Japanese word meaning “mysterious atmosphere” and the Chinese ling qui meaning “supernatural influence.” Either word is commonly translated among the English as “universal life energy.”

• Western Reiki works in relation to chakras and meridian lines involving the use of hand positions corresponding to seven major chakras that are part of the body (Crown, Third Eye, Throat, Heart, Solar Plexus, Sacral, and the Base Root Chakra). At Holistic Health, Dr. Partha created her own Celestial Reiki which involves the use of a chime in her use of energy medicine. From Chakra healing to matrix energetics, acutonics, as well as direct hands-on healing you can find all of these forms of energy medicine on an as needed basis with Dr. Partha at Holistic Health Chicago.

•  In addition to Usui and Western Reiki, Dr. L. Partha is a Reiki master teacher in the tradition of Karuna Reiki, another evolution of the Reiki model of healing, which emphasizes a more heart based approach.

• Dr. Partha has integrated the various Reiki philosophies into a unique blend, which she uses to permeate all of her methods, including the acupuncture needles, the homeopathic remedies and the supplements she uses for her treatments.

Energy medicine is all about channeling energy into a sick person to restore the patient’s body to balance and restoration through the use of the life energy that is found flowing through the universe all around us and within us to some degree or another.

Nowadays, in the 21st century, people are getting frustrated with the healthcare system and turning to alternative medicine such as energy medicine, nutritional herbs and supplements, and magnetic healing. Doctors, and of course Pharmaceutical companies, will try to convince us that there are many medicines for just about everything and that with these drugs we can go on to live a fulfilling life. This is rarely true and many people wind up struggling to be able to afford these “wonderful inventions” of man; consequently, the stress makes them sicker which ends up keeping them on medications the rest of their life. As a society, we have lost touch with being in tune with nature and its rhythms, and this loss has thrown us off the path of self-responsibility, especially when it comes healing.

Magnetic healing, or magnetotherapy, is a form of alternative medicine that involves the use of static magnetic fields. Subjecting parts of the human body to magnetostatic fields that are produced by permanent magnets can have health effects that are highly beneficial to man. Magnetism has existed long before modern medicine and at one time was used by ancient civilizations for healing.

Life itself has a magnetic nature, and the human body is comprised of magnetic polarities based upon the electromagnetic current flows in the body. When the magnetic polarities are in imbalance, disease and pain may result, and restoring the balance is possible with the application of correctly polarized magnets at specific body points.

Magnetism is created by a sufficient number of electrons that spin within a substance. A substance becomes magnetic when the electrons are aligned properly. Magnetite is a magnetic substance that is found in organic tissue of many living objects; such as the human brain. Research professionals have discovered that magnetite clusters around the magnetically sensitive pineal gland which affects every hormone in the body. Many people who suffer from insomnia, for example, have erratic signals from their pineal glands, and, with the regular application of magnets, find dramatic relief. This is a very simple method of restoring the body biorhythms, without expensive and extensive tests and subsequent treatment protocols.

Magnetic healing, when practiced properly, can increase blood flow, balance out the body’s natural flow of calcium, and increase certain hormone productions. It can also reduce pain, inflammations, increase the body’s ability to fight infections, promote better sleep and reduce stress which is the underlying issue of many illnesses in and of itself. Magnetic healing can also enhance athletic performance and accelerate healing of bone fractures.

Magnetic Therapy, like other healing methods, which have existed for centuries among various ancient civilizations, has minimal, if any, side effects than the modern medicine movement and doesn’t usually require the use of “lifelong” drugs for stability. As with all of the other modalities offered at Holistic Health in Woodridge, IL, the basic theory is that when properly balanced, the human body can promote its own healing properties. 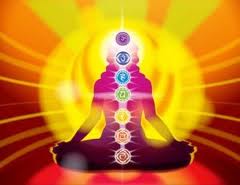