"The highest ideal of cure is the speedy, gentle, and enduring restoration of health by the most trustworthy and least harmful way."

"Homeopathy .... cures a larger percentage of cases than any other method of treatment and is beyond doubt safer and more economical and most complete medical science."

Samuel Hahnemann, the 19th century German physician, formulated the science of homeopathy as an alternative to the standard medical practices of the day such as bloodletting. He believed that health was a matter of balance and harmony and that the vital force (qi or prana), the spirit of the body, did the balancing and harmonizing.

Homeopathic treatment is based on the law of similars, which states that when a substance in large doses causes certain symptoms, in small doses it can cure these same symptoms. Other important principles of homeopathy are dilution and potentization.

Remedies, made from herbs, minerals or animal products, act as catalysts that aid the body's inherent healing mechanisms. Homeopathy addresses, in addition to the physical, the mental and emotional components of any condition. This three fold diagnosis is highly individualized and the correct remedy is then chosen to facilitate complete and permanent healing.

At Holistic Health, in addition to classical homeopathy, we make use of Bach Flower Therapy and Vibrionic or Vibronic Remedies, Radionic Remedies and Narayani Remedies.

Homeopathy is a medical science which uses natural substances, like plants and minerals, to mimic illness and stimulate healing. It is based on two principles: 1. Like cures like. 2. The minimum dose.

1. The first principle is “like cures like”, or “Whatever symptoms a substance can produce, it can cure.” Because onions can produce the symptoms of watering eyes and burning nose, a remedy made from onion, can cure the watering eyes and burning nose of someone with allergies. Another example is poison ivy. It produces burning, itching skin and sometimes stiff, painful muscles and joints. A homeopathic remedy made from poison ivy is used for everything from burns and skin rashes to rheumatoid arthritis.

2. The second principle is the “mimimum dose”. It states “To cure without harm, use the least amount of medicine necessary.” That's important because side effects of regular drugs kill over 100,000 people a year, just in America. Homeopathic remedies are made by removing all toxic material and leaving just the “imprint” or energy pattern of the original substance. Remedies work by giving your body information about healing. It’s similar to the way a floppy disk gives information to your computer. Once your body knows what to do, it does all the healing by itself. Homeopathic remedies are free of side effects and safe even for small children.

According to the World Health Organization, homeopathy is the second most widely used form of medicine in the world. It is used by over over 500 million people.

In England, France and the Netherlands, homeopathy is covered by the National Health Service.

In England 42% of the doctors refer their patents for homeopathic care. Homeopathy was made a medical specialty by an act of parliament and the Royal Family has been using homeopathy for the last three generations. There are seven homeopathic hospitals including the Royal London Homeopathic Hospital.

In France, 39% of physicians prescribe homeopathic remedies and eight medical schools offer post graduate degrees in homeopathy. French pharmacists are required to learn about homeopathy and the remedies are sold in all twenty three thousand pharmacies.

In the Netherlands 40% of the general practitioners give out homeopathic remedies.

The Royal London Homeopathic Hospital and the homeopathic hospitals in Glasgow and Moscow, have been in existence for a hundred years.

1. It’s safe. Homeopathic remedies have no chemical side effects and can be used by small children, pregnant women , people with kidney or liver problems and those with drug sensitivities. By contrast, conventional drugs kill over 100,000 Americans a year.

2. It’s effective. Homeopathic remedies are effective against bacteria and viruses. They also work against antibiotic resistant infections. They are useful for many chronic ailments, for which there is no conventional cure. The Spanish Flu of 1918 killed over twenty milllion people worldwide and five hundred thousand in the United States. In the United States, those who got homeopathic treatment had a 98% survival rate. During the epidemics of the 19th century, (eg.cholera, typhus, plague, smallpox) people treated with homeopathy had survival rates 50% greater than those treated with coventional medicine.

Homeopathy is also amazingly effective in preventing disease. In the 1974 meninngitis epidemic in Brazil, 18,640 children were given a homeopathic remedy for prevention. The protection rate was 99%. In a smallpox epidemic in Iowa in 1902, the homeopathic preventive was 97% effective.

How do you use homeopathic remedies?

Generally, remedies are sold as pellets, which can be taken directly under the tongue. However, Dr. Partha usually recommends water doses of homeopathic medicines, where you may be asked to dissolve the pellets in water, succuss (shake) it several times, and then take only a portion of that water either throughout the day or once a day.

You will be asked to avoid mint and excess coffee when you are taking homeopathic remedies because those substances can sometimes antidote the effect of the remedies.

With homeopathy, less is more, and as you start to feel better, you will be asked to taper off the remedy until your symptoms have resolved, at which point, you will be told to stop taking the remedy altogether. It will work on its own from that point, and you may have to repeat the treatment only if the symptoms start to show up again. 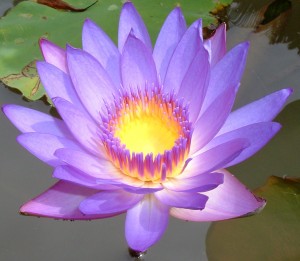